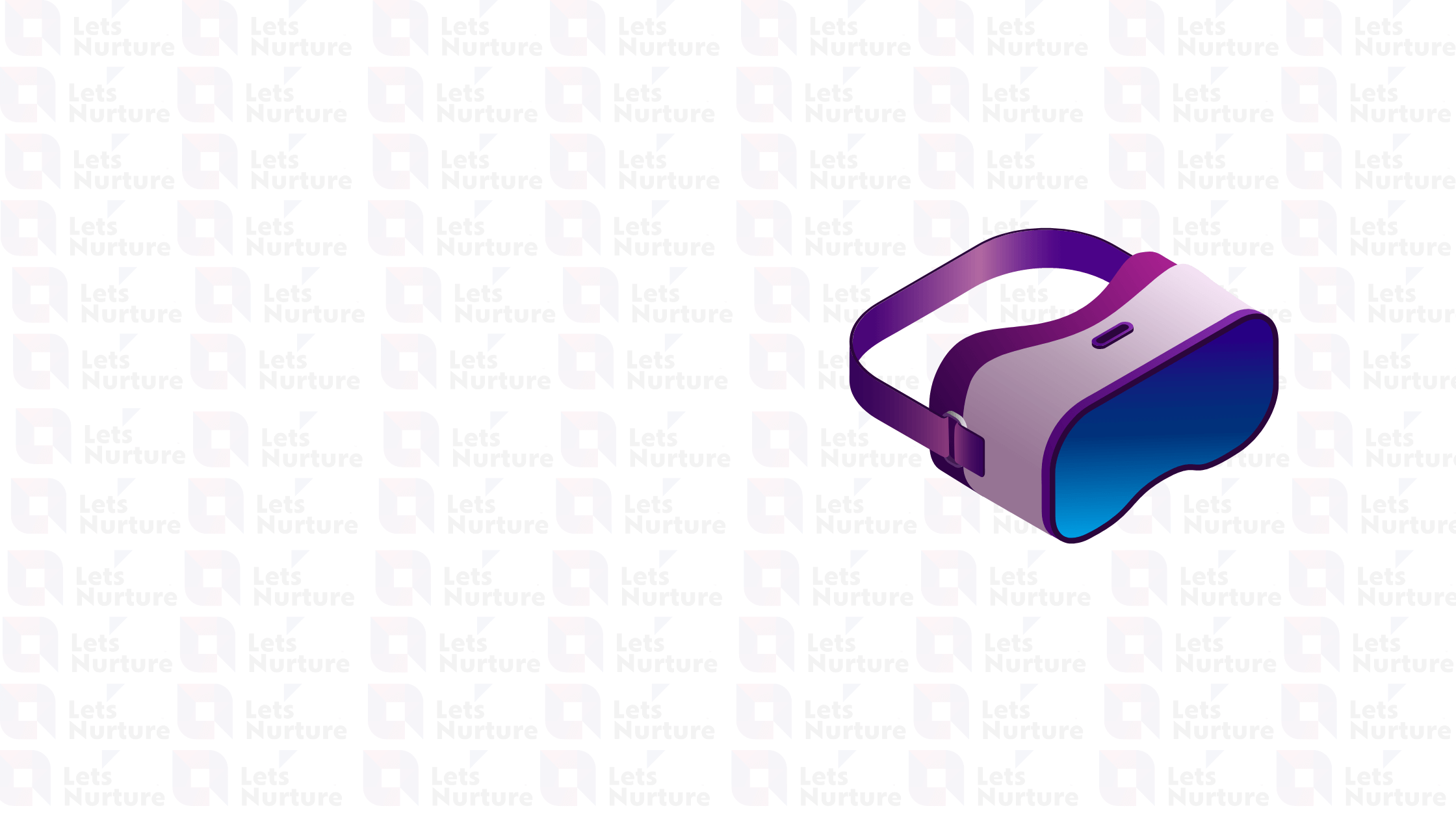 What is it? how to create a vr app that engages?

Virtual reality is making a lot of money every year, and 2019 was no different. According to eMarketer’s report, 42.9 million Americans were expected to use VR at minimum once per month. These numbers are enough to inspire visionaries from all industries and business owners to create virtual reality environments. Many of these visionaries were left wondering how to create VR applications and VR content to help them attract customers and make some profit.

virtual reality environments. Many of these visionaries were left wondering how to create VR applications and VR content to help them attract customers and make some profit.

What is the VR App?

Computer applications such as apps for watching movies or video games allow us to immerse ourselves in a completely virtual world. We can create our own immersive environments on the desktop. It is now available wherever and whenever we travel with the smartphone.

How is VR possible?

The images are created in the computer to create a virtual environment. The three-dimensional models of these environments can be projected onto a screen. This allows the viewer to move and rotate the images so that they appear floating on the wall. The third element is that the headset distorts the view of the viewer, making the images appear floating in space and around them. Combining these elements gives you the feeling of being in a virtual world.

This is VR in a nutshell.

It suffices to say that the VR app will be compatible with both a smartphone or a desktop computer in 2020.

The rise to consumer VR apps for iPhone and Android devices was a milestone in the development of next-generation VR products. Mobile VR for smartphones and tablets has pushed the boundaries of the market, but VR applications for iPhones and Android devices were VR applications. Many companies are still struggling to realize the potential of smartphone VR. The competitive advantage of virtual reality on mobile phones is that it allows users to create immersive experiences while on the move.

Some virtual reality platforms, such as Google Daydream, require that you launch into an entirely separate app ecosystem. This is a problem most users find annoying. Apple has removed the headset cord from your iPhone and blocked the screen to allow you to use iPhone VR apps. Phone-based VR has many other problems that need to be fixed before it can offer the same intense physical experiences as desktop-based virtual reality.

Developers are now looking at ways to make VR more accessible. Although building VR games can still require special skills, developers are learning how to design different gaming experiences. This will enable them to create titles that can be adapted to different mobile and PC devices, while still allowing users to fully experience their games.

How to use VR in Apps?

VR is a combination of computer graphics and real time simulations. It creates fully immersive, three-dimensional experiences. Virtual reality headsets come in many forms, each one being designed for a specific purpose. A head-mounted display (HMD) is the most popular type. This is where the headset attaches to the user’s head. Most often, head-mounted displays are used with the HMD and controllers to control the VR experience.

A hand-held HMD is the second type of virtual reality device. This allows users to use a handheld VR device. High-end HMDs can be used to view and interact with images, videos, or real objects and places. You can experience VR more deeply with the hand-held device by using a more intuitive method of using it. 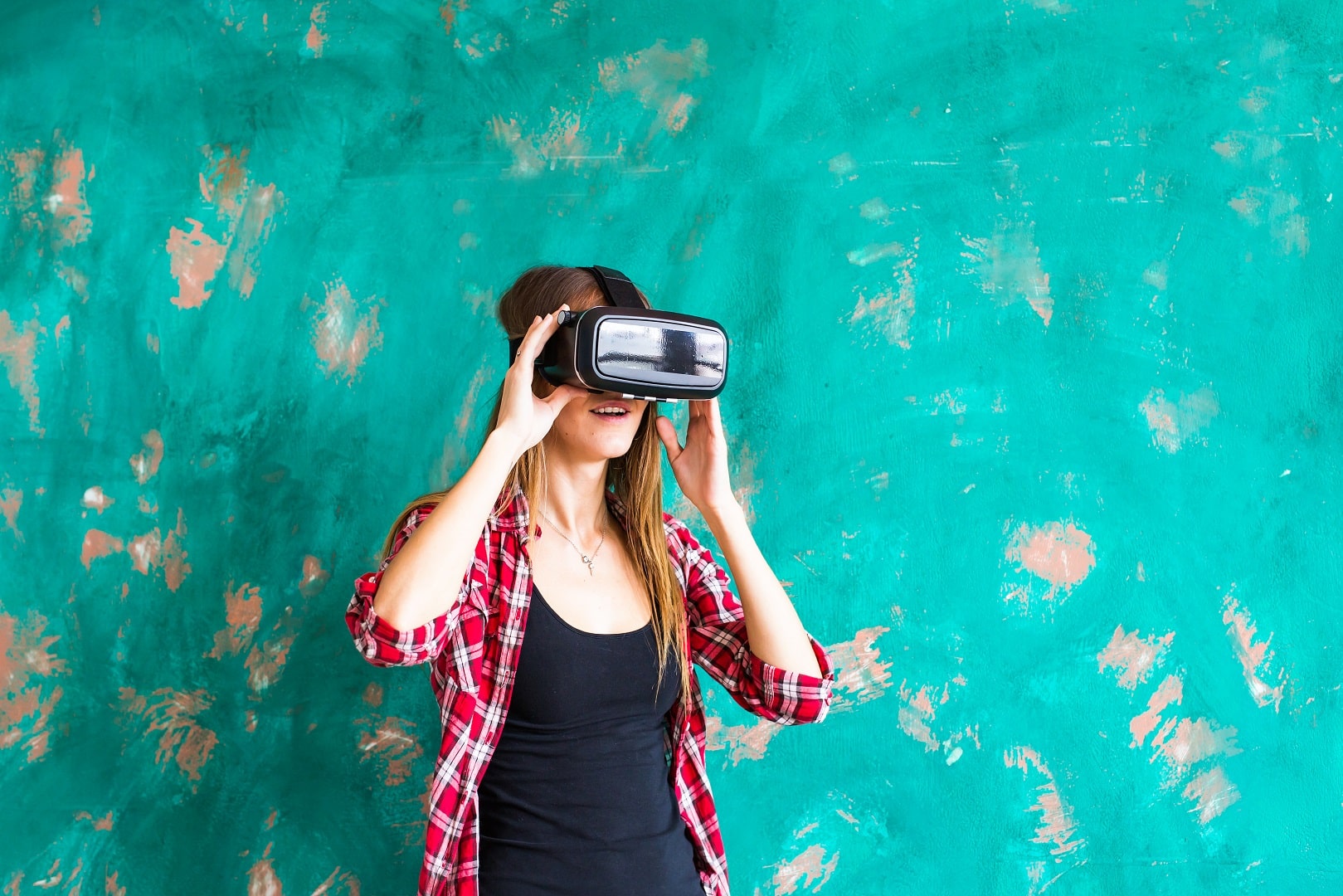 The development of virtual reality apps is a complicated process and requires expertise in many tools and techniques. This knowledge is essential for commercial success. A key principle for VR apps development is to use a low-power, high-performance architecture with all the application code stored in a container that allows for easy re-use. This includes software/hardware design, which involves the use prototyping tools, library and frameworks, that have been proven to be extremely beneficial for VR app creation.

The best virtual reality apps can have a significant impact on customers and their decisions. You will have amazing world experiences with a quality virtual travel app. VR is more than just “VR games.” Virtual reality can be used to create unique entertainment and advertisement experiences in verticals such as education, interior design and games. 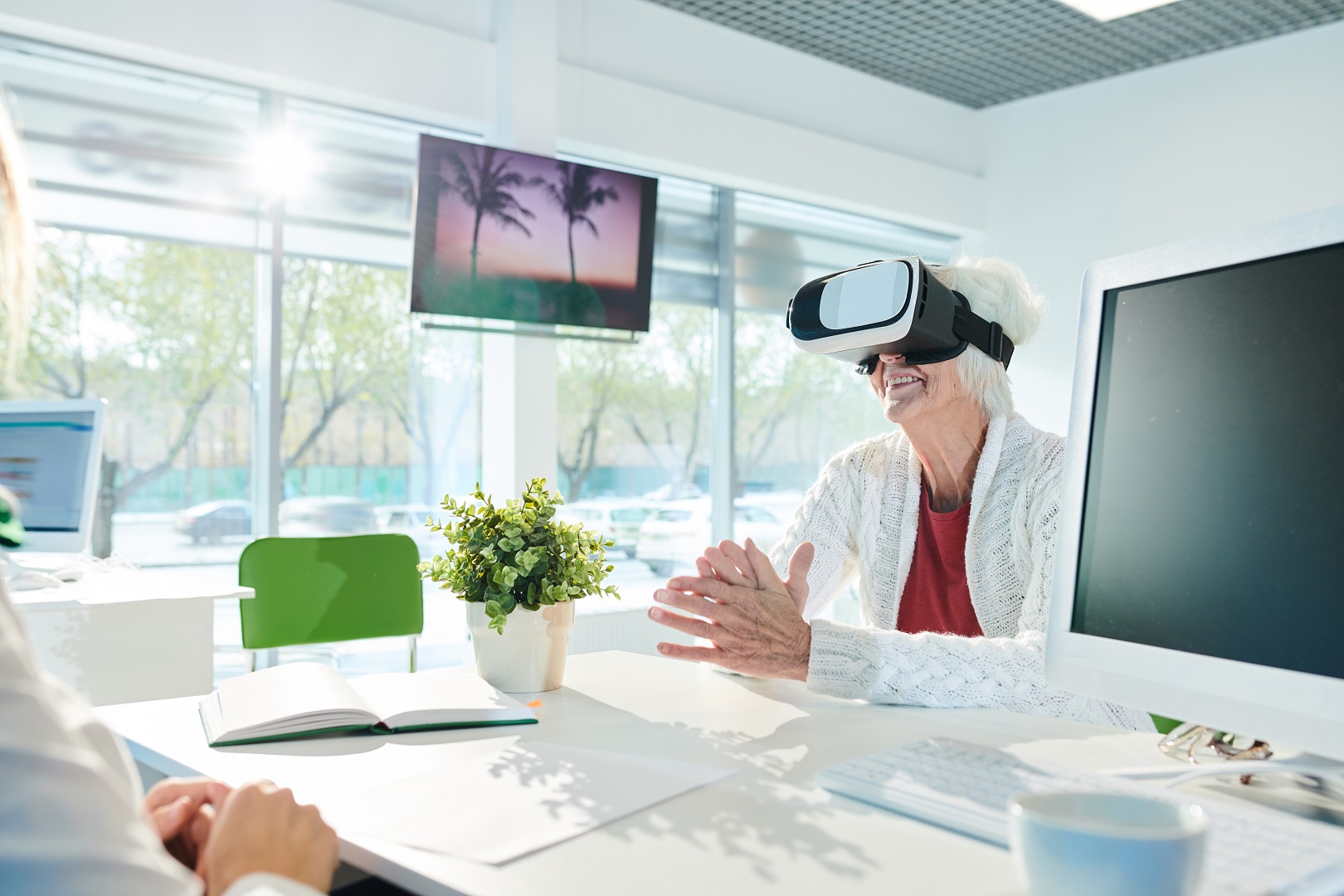 It is amazing to be able to immerse yourself in a 3D virtual world, while learning new things and having educational experiences. Oculus Go educational apps are a popular category in their library. Many educational videos, presentations, games, and other content are designed to stream in 360 degrees. With all the media coverage and announcements made in the last two years, the Educational VR Industry has been a hot topic. VR has the potential to transform education and enrich the learning experience.

3D is the key to design VR apps. This means that 3D models can be walked around and experienced in virtual reality. But it’s not just the feeling of being present that makes these apps so great. A 3D model must be able to control the experience and make it feel real. This makes for an enjoyable experience. While VR in interior design and architecture is still very virtual, it is becoming more accessible to users at an increasing pace. There are many VR experiences that are already being created, but these are only a small taste of what the future holds.

The videogames industry has made virtual reality mainstream. Video games have complex physics and visual displays are key to interaction. Their interaction is not the same as in traditional games. Many game companies are wondering how to create a VR game. Virtual reality games are gaining in popularity at an alarming rate. The 2019 Augmented and Virtual Reality Survey Report shows that the gaming industry (54%) will receive the greatest investment in 2020. Gaming is the most promising area for development, so it’s not surprising. Publishers are taking this into consideration and looking for ways to improve the user experience.

What is the cost of creating a VR app for your company?

The question is not only about how to create virtual reality content. It is important to determine the cost of developing a VR app. Companies developing VR apps should take into account expense lines such as:

A company that plans to create VR content should also consider the speed of their team to ensure a realistic time frame. The company must also consider the demand for VR content in the global marketplace. The company will also need to choose the right vendor for the project. Vilmate, a software development company, offers app development services to businesses from a wide range of industries. Virtual worlds and interactive virtual reality environments are two examples of how you can build a virtual world.

Let’s get to the point. These are the stages involved in developing virtual reality applications.

There will be many tech professionals involved at each stage. This includes software engineers, UX/UI designers and web developers, Android developers, iOS developers, VR developers and QA engineers. DevOps and project managers are also involved. Cost of manpower will depend on both the skill level and the complexity of the project, as well as the location. On average, it will cost $40 an hour to hire developers from Eastern Europe. The cost of VR app development for Eastern European teams like Vilmate can range from $15,000 up to $100,000.

Businesses have a lot of potential for investment in VR. We’ve discussed the topic of creating a VR app, as well as how much it might cost. All that said, virtual reality remains a hot topic for startups.

3D VR video and animated VR are what make VR apps different than the regular apps we use. This is what may lead to a rise in app development costs and rapid popularity growth. Although it won’t be easy, it is worth taking the chance. You should research the market and make efforts to get started with VR to engage customers. 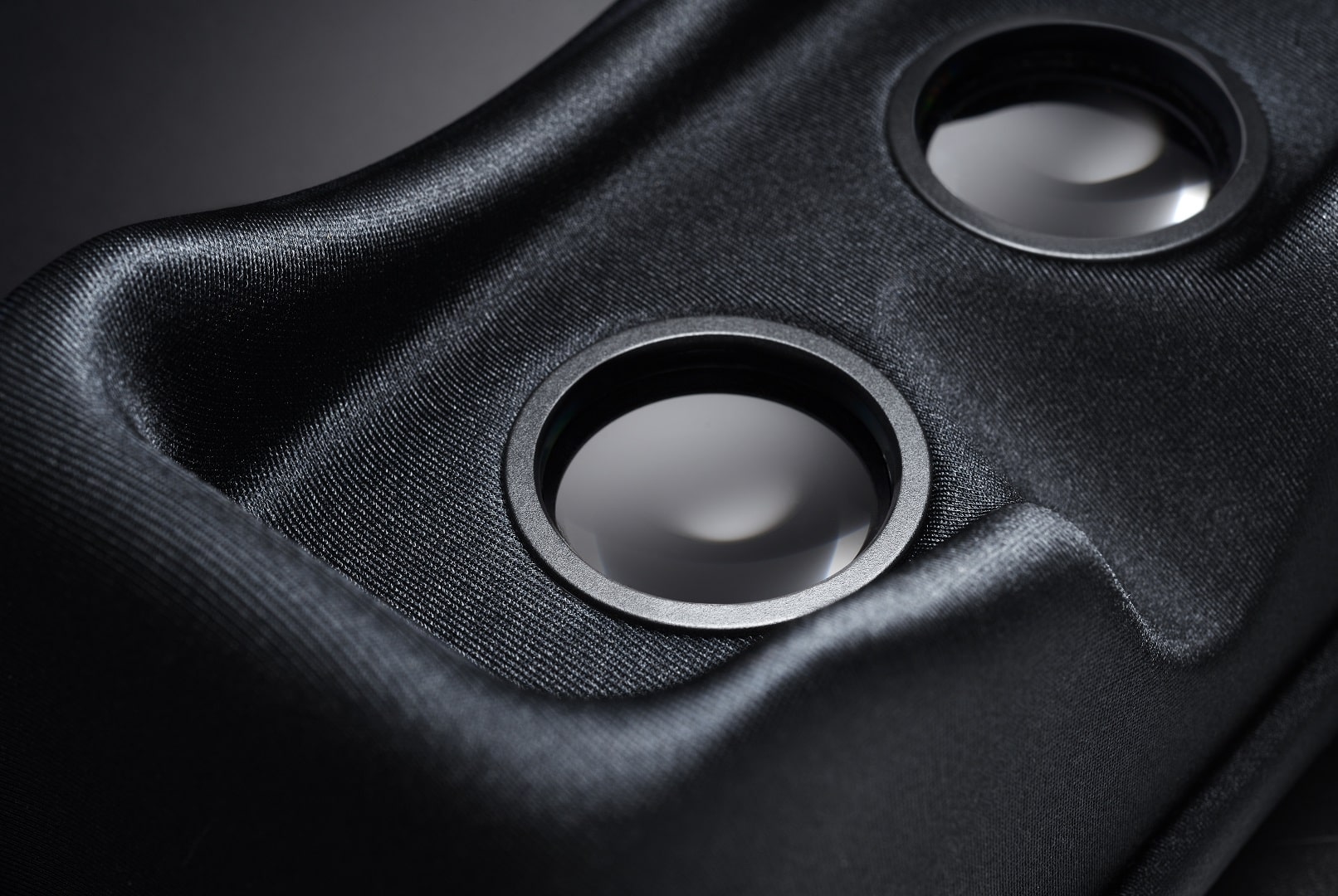