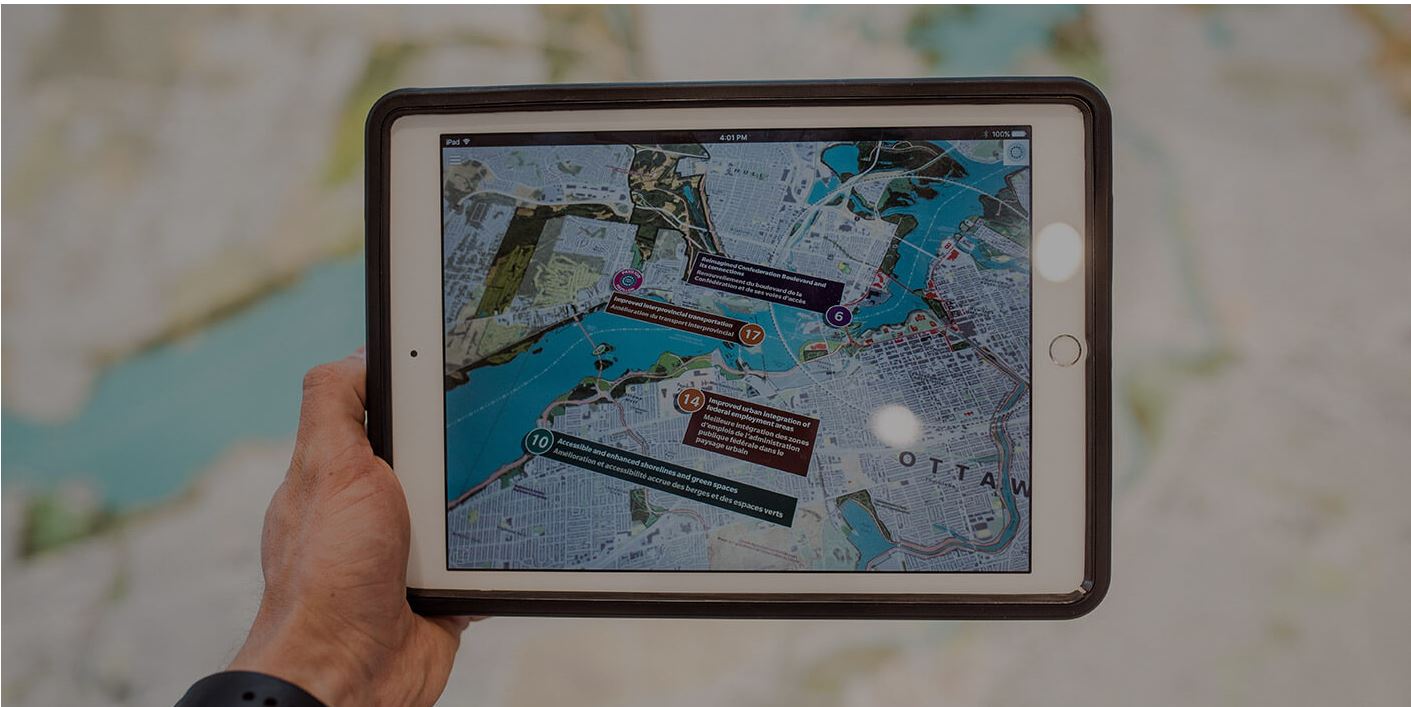 The best City Tours who use Augmented Reality

In recent times, people have used vacations as a way to disconnect from technology and get away from the constant barrage of messages, emails, and texts from our smartphones. While it may be tempting to detach from a world of constant notifications, news, and information; giving up your smartphone for the vacation might keep you from having an even more memorable trip than you previously imagined.

Though a fairly new technology augmented reality is allowing vacationers to make their trips abroad more memorable and tech-infused with great city tours and easy guides through the use of augmented reality. Augmented reality differs from virtual reality in that you’re not actively seeing a digital world; but rather the world through the digitized lens of your smartphone. Augmented reality allows for computer-generated imagery and graphics to be superimposed over the real world, one of the best-known examples being Pokemon Go.

How AR is Changing the World of Travel?

There are a number of ways AR has changed the way many people travel and get around when they’re visiting abroad. AR travel apps for one can provide foreigners with interactive maps, views of roads and traffic, and information regarding local transit. Moreover, signs in foreign languages can be scanned to translate into your native tongue and make for a more engaging experience for those travelling abroad.

Off the top, two of the best AR apps for travellers are Google Maps, as well as Apple Maps. Google Maps offers AR walking directions, but this is only available on the Google Pixel smartphones. For those without the Google Pixel, Apple Maps is available for iPhone users. It provides you with flyovers of over 300 unique locations around the world and allows you to explore them to plan your trip and get you prepared for your adventure abroad.

Other useful apps include things like World Around Me, or WAM which provides you with useful public resources such as ATMs, public toilets, hospitals, and banks. It utilizes AR camera technology, placing a virtual placard in the direction you aim your camera in order to give you the full view of where you’re headed.

For travellers in Paris, France; the Now and Then the app gives guided AR tours, which allow you to use your device’s camera in order to compare your present view with one of old, using a wide selection of archival photography to show you the past of the location you’re in.

When travelling in Spain, users can plan their trips using the Senditur app. Senditur uses augmented reality to help travellers find the most interesting attractions in Spain. By using your phone’s camera, you immediately gain access to the famous walking route Camino de Santiago, and all the unique sights that go with it. The app overlays the detail about the natural and historical heritage of the routes and communities around you and helps you to feel more at home when travelling abroad.

Other travel apps focus less on sightseeing and more on the overall utility and being useful to the traveller in question. Bus Times London for example is a great tool for those travelling in the U.K. It provides the nearest bus stop routes to get real-time information to make your commute simpler.

AR apps can also be used to capture memories in new, exciting ways. One such app is WallaMe, a travel app that utilizes your phones camera and AR technology so you can leave writing, images, drawings, or graffiti in the real world which can then be seen through the eyes of the app itself. The app also includes privacy settings, which allow you to leave your WallaMe message for the entire world to see, or just for the select friends and family who you’ve gone travelling with.

If you’re looking to learn about local or abroad architecture, the Wikitude World Browser takes the power of AR by letting you point your phone camera at buildings, prints, and a plethora of other things in your environment to discover the information and history behind them, powered solely by Wikipedia.

For the kids on the trip, take away the risk of them getting bored and restless with the Cloud Crew app. Developed by Delta Airlines, the augmented reality puts your children in the pilot’s seat of their own digital aeroplane, letting them fly around and explore while they travel or wait at the gate with their family.

Undoubtedly, it’s clear that the way AR influences and changes the way we travel is major. These technological advances not only make travel simpler and safer, but it makes sharing and keeping memories easier for you and your family so that you carry your travel adventures with you even after you’ve returned home.

« VR and the Auto Industry: A Possible Future?
Augmented Reality in the Classroom: The Future of Learning? »