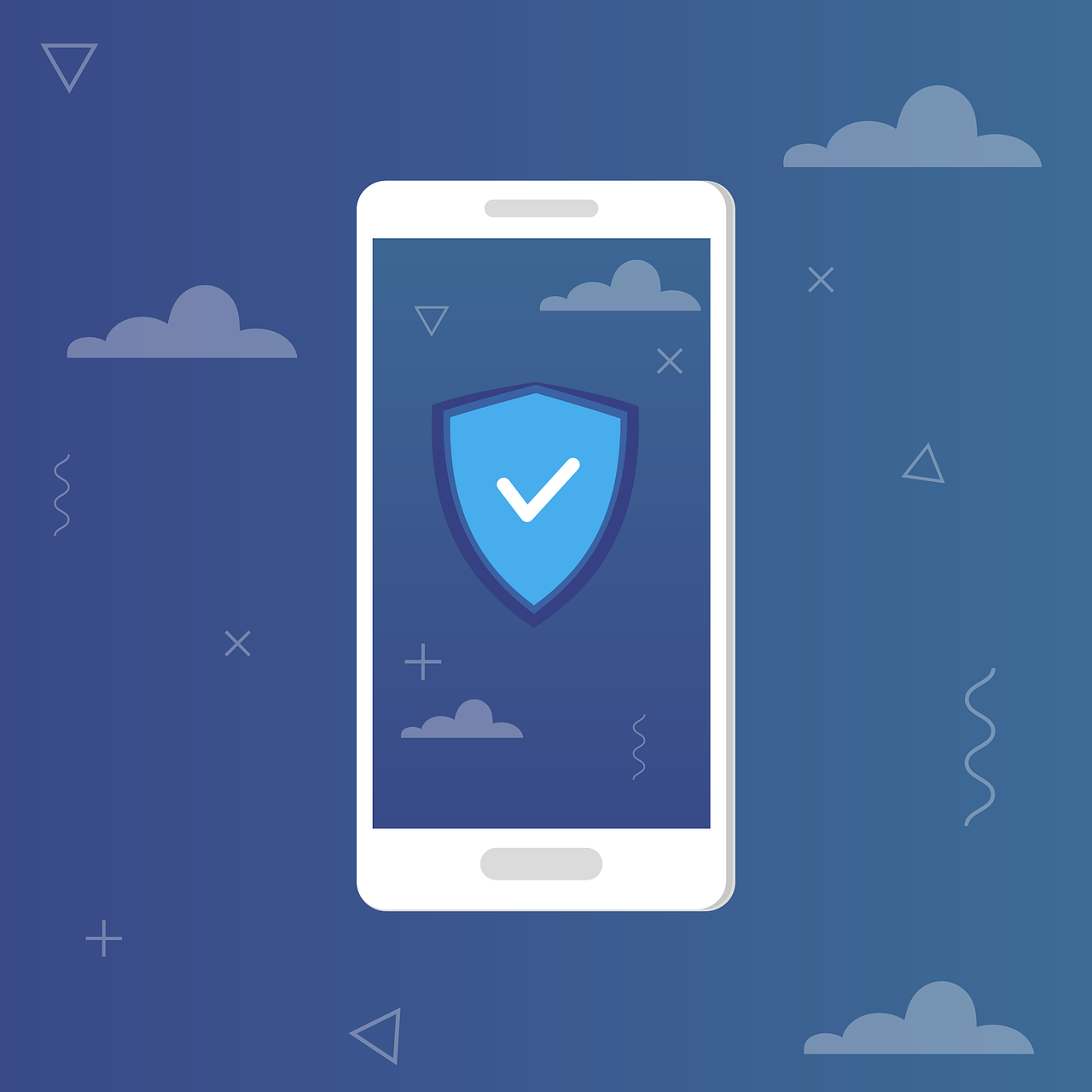 Security is a key factor in the success of any mobile app. App users want to interact with one another in safe environments. Developers must ensure app security when creating digital solutions.

HTTPS is Hypertext Transfer Protocol Secure. The “S” stands for Secure Version of HTTP. This protocol allows secure communication over computer networks and the internet. The communication protocol is protected by Transport Layer Security (TLS) in HTTPS. TLS, like its predecessor Secure Socket Layer(SSL), is a cryptographic protocol that protects data integrity and privacy between an application and a server.

HTTP is not encrypted, invalidated, or verifiable. This allows attackers to easily monitor the contents of user communications, modify them, or even stand between the user and the application.

Protect sensitive data in transit and at rest with encryption. You can use encryption to protect:

An algorithm that converts plain text into unreadable, jumbled codes is used to encrypt an app’s security. An encryption key is needed to decrypt the ciphertext. Only authorized parties can have this key.

Phishing refers to a type of social engineering in which an attacker gains access to a user’s private or login information. A phishing attack involves an attacker pretending to be a trusted entity via email or other communication channels and installing malware through a link.

A man-in the-middle attack (MITM), is another type of threat. MITM attacks can intercept communications between two people, such as between a mobile application and a large database. An attacker could then intercept or manipulate communications to cause damage or bypass security measures.

Even if their app doesn’t handle sensitive communication, they should protect it with HTTPS. HTTPS is required for all new browser features. HTTP requests that are not secured can expose information about users’ identities and behaviors.

A cache is any hardware or software component that saves data. Because cached data is stored in local storage and memory, it can be retrieved quicker when requested. A cached data might contain the results of an earlier computation, or a duplicate from data elsewhere.

App caches elements of websites and apps so that they can be loaded quickly again when accessed. App data includes both cached data as well as other information, such a user’s login details and preferences settings.

The cache on a device contains information about all apps and websites that were used. Clearing the cache is necessary every now and again to free up space on your tablet or phone.

Android devices store a lot of information in their system cache. This causes it to slowly take up more space. Clearing the cache in the app is necessary to fix a variety of issues that could arise from corrupted cache data. Android keeps getting better and you don’t have to empty the cache manually. The cache is usually managed very well by Android systems.

The device must have sufficient memory to allow data download. The cache is used to save temporary data. When a user downloads photos, they are saved in the cache. They can then be reused from that cache, instead of downloading them again. To free up more memory, it is recommended that you clear the cache of an app or reset it to default.

Sometimes old information can be saved in the cache. Sometimes, downloaded apps might not function properly or may experience an error during regular updates. Clear the cache to fix any issues. Clearing the cache of an app during testing is crucial to avoid a large number of bugs.

A hacker, or some other script, can access the storage through addresses or the file manger. This can make it possible to lose files that have been saved. If a user sends personal photos, these can easily be retrieved from storage.

Data is encrypted using a key in protected local storage. Data is simply bits without meaning. All files (audio, video, and text) can be encrypted. Only a key (e.g. password). These bytes can be turned back into plain text using this key. A malicious user can only get jumbled codes that have no meaning if they don’t have the right decryption keys.

Coding obfuscation refers to the intentional act of making source code or machine code difficult for humans (hackers). To hide its logic or implicit values, developers can obfuscate code. An obfuscator is a tool that converts simple source code into a program that is more difficult to understand and read. Developers may also manually obfuscate code. This code obfuscation can include:

To protect intellectual property and to prevent hackers from reverse-engineering software programs, code is often obscured. Because libraries in iOS are closed and not open to the public, code obfuscation doesn’t exist as often as it is for Android. An attacker cannot get the source code of iOS libraries. Code obfuscation is possible if the source code of a library is publicly available.

Developers can make it more difficult for an application to be reverse engineered.

To prevent signature-based antimalware tools from detecting malicious code, writers of malicious code may use obfuscation. Sometimes, deobfuscation techniques such as program slicing can be used to reverse engineer obfuscated codes.

What is code obfuscation?

Code obfuscation is a combination of many techniques that can be used in conjunction to provide a reliable and layered defense against attackers. Here are some examples of application security and obfuscation:

Renaming obscured methods. Renaming changes the names of variables and methods. This makes it more difficult for humans to read the source, but does not affect program execution. You can use different names: numbers, letters (A,B,C), unprintable characters or invisible characters. Names can be loaded as long as they have different scopes. Name obfuscation can be described as a fundamental transformation used by many.NET, iOS and Java obfuscators. You can have X number A variables in your source code, for example. Other variables, such as C and B, can be interconnected in the source code. An attacker must pay attention to the source code in order to comprehend the logic.

Obfuscation of control flow. Control flow obfuscation synthesizes conditional and branching constructs that generate valid executable logic, but produce non-deterministic semantic results when they are decompiled. This makes the decompiled code look like spaghetti logic which can be very confusing for hackers. However, these techniques can affect the performance of a method’s runtime.

Instruction pattern transformation. This converts common instructions to less obvious constructs. These machine language instructions are legal but may not be compatible with high-level languages like Java and C#. Transient variable caching is one example. It leverages the stack-based natures of Java and.NET runtimes.

Dummy code insertion. You can insert code into an executable without affecting the program’s logic, but it will break decompilers and make reverse engineering of code more difficult.

Remove unneeded code and metadata. Debugging information, metadata and used code can be removed from applications to make them smaller and less vulnerable to attackers. This may improve runtime performance slightly.

Binary linking/merging. This technique combines multiple input executables/libraries into one or more output binaries. This can be used to reduce the size of an application, particularly when it is combined with renaming or pruning. It simplifies deployment and may make it less accessible to hackers.

Opaque predicate insertion. This is achieved by adding conditional branches to existing results. These results are difficult to determine via static analysis. This allows attackers to introduce potentially incorrect code, which will not be executed, but can confuse those trying to interpret the output.

Anti-tamper. To verify that the application has not been altered in any way, an obfuscator injects application self-protection code into the source code. The application can be shut down or limited functionality to hide the cause of the crashes. It may also send a message directly to a service informing them about the tampering.

Anti-debug. Anti-debug. An obfuscator injects code that detects if the production app is running within a debugger to add protection to an application. A debugger can be used to corrupt sensitive data, inflict random crashes to hide that they are caused by a debug test, or take any other action. It may also send a signal to a service in order to warn them.

There are no sensitive data on the devices

Some data may need to be protected when you request information from different services. These secret keys are required for certain services. For example, to navigate with Google Maps, or to use Google search. These services need a secret key, which is generated by the service’s website. The secret key grants access to the service. This key is used to identify authorized users.

The secret keys must be stored within an app if the app does not have a server-side. It is not only necessary to save the secret keys in code or modify the file settings, but it’s also important to encrypt and limit their access. This key is a security risk.

App security is a major concern for modern users. App developers should aim to satisfy users’ safety expectations. Reliable source code is required for any software (Java Android,.NET and iOS) outside the immediate control of an app owner. These techniques and approaches enable application development that is successful, making it very difficult for hackers to gain access to sensitive data.

Letsnurture builds projects from scratch and does research to help you select the right platform for your app . Letsnurture can help you create an app that is safe and secure for your target audience. Get in touch to discuss details of your project.

« Five UX Design Tips For eCommerce
How do you choose the right database to host your app? »