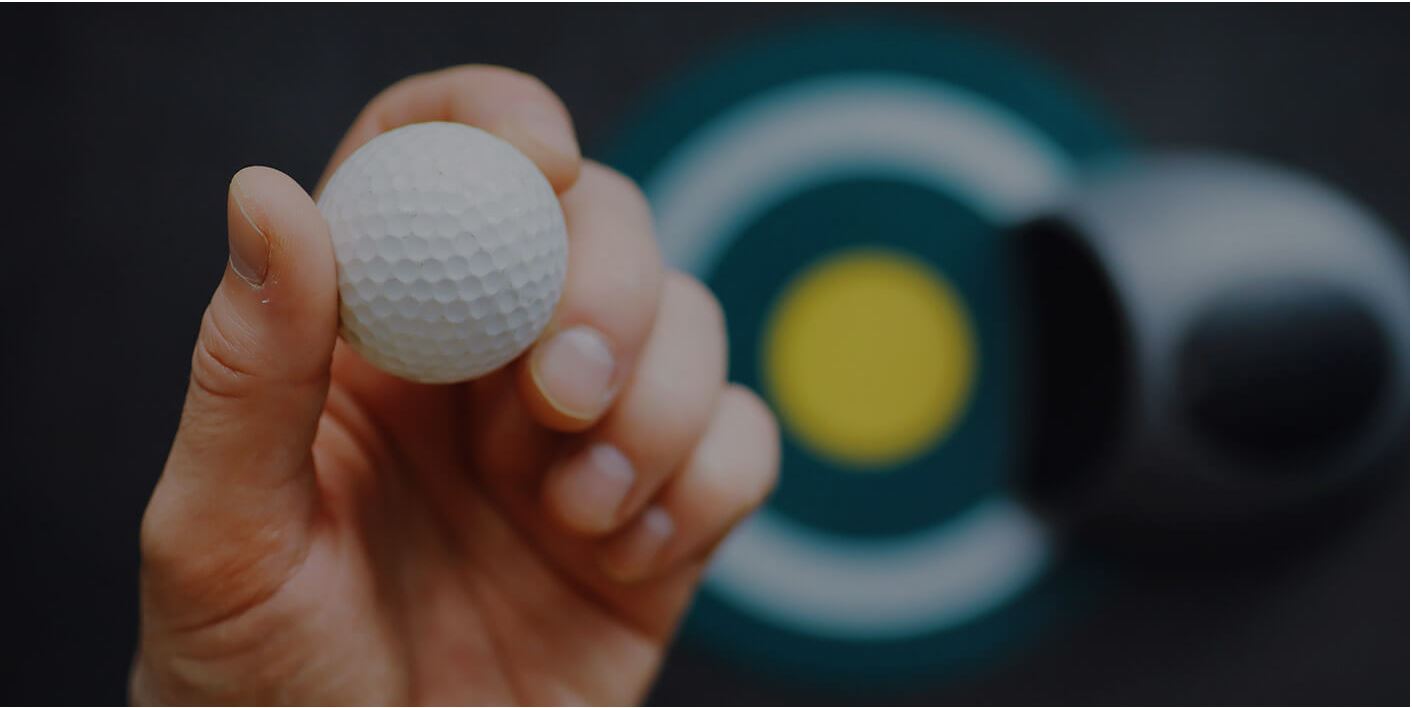 How Golfers can take advantage of Augmented Reality?

Depending on how you feel about golf, it’s either your favorite pastime or a sport you don’t necessarily engage with. While most people treat the sport with a love it or leave it attitude, there’s no doubt there’s popularity to the quiet, calculating nature of golf. It’s also a sport that is most removed from the world of technology and other such distractions. Large football stadiums are instead replaced with rolling green hills and 18 holes of challenging shots to be taken between sips of beer and corporate talk.

But if you’re a golfer who’s looking to improve their game, or simply change the way you play to make things more exciting; the world of technology can offer a variety of unique experiences which allow you to use augmented reality to augment your playing field and take things beyond your usual 18-hole triumph. For those uninitiated, augmented reality is simply the act of taking computer-generated images and superimposing them over your real-world environment. Oftentimes, this will be done through the camera of a smartphone or laptop. One of the most prevalent examples of AR technology is the use of things such as Snapchat or camera filters on social media.

There’s a number of ways you can use this software to either create fine-tunes for golfers to purchase and use from you or things you yourself can use to improve and augment your golfing abilities. These include things such as providing full views of the course from multiple vantages, providing detailed maps and menus for the golfer giving them a full layout of the land, as well as using things such as GPS technology to show the golfer the distance between holes and offer them strategies for both their shots and which clubs to use when taking it.

Developing AR software for golfers should be focused on improving their game and overall abilities. Think of the application you’re creating as a virtual golf caddy, this means your AR app needs to be able to record scores, calculate handicaps, give player and club statistics relevant to the game, recommend clubs, and give an average of stats, historical data, and course data as well. While this might seem overwhelming initially, these features are part of all major golfing-related apps and software and are a must-have for the industry.

As stated before, your application will need to make use of both the GPS and compass hardware available in your user’s smartphone devices. The geographic location is needed in order for the app to generate your AR graphics. Typically, this is done by utilizing things such as Google Maps, MapQuest, LeafLet, Modest Maps, or Microsoft Bing; which can be integrated with an API to give accurate feedback for your golfers due to its robust data aggregation abilities.

Data is the one thing you’ll need to focus on for your app. Golf is a game primarily of numbers, so you’ll need to make sure the algorithm for calculating aspects such as score, handicaps, and overall club and historical statistics are up to snuff. Otherwise, you might run into number snafus and confusion if you attempt to hold things such as large-scale tournaments, or other similar events.

VR Golf isn’t simply for those looking to play recreational or within tournament atmospheres, however. VR Golf can also be a vital training tool for new athletes or golfers attempting to get a grasp on the finer tuning of the sport and of their own abilities within it. Specific soft wares allow you to train on virtual courses, with a variety of obstacles, handicaps, and difficulties to help you learn your own innate skills and hone them before you enter into a tournament or competition.

For golf clubs looking to adopt the world of augmented reality to their business, there are a variety of third-party companies you’d be capable of going through in order to either have your course added to their app or to have your own unique app developed for your specific course. Alternatively, you can choose to develop your own in-house software for your golfers and club members to use; although this may prove more time consuming, expensive, and at times frustrating. Consider the use of freelancers, or small private development houses when creating your AR app. Not only can they boost the overall engagement of your club members and increase the amount of time and money they spend at your club; but they also provide a unique opportunity which many of your competing golf clubs or centers may not have readily adapted to for use. Whatever the case, AR gives you and your golfers a distinct edge. Perhaps someday it might not seem out of place to see a golfer using his smartphone at a PGA tournament; his caddy sitting at the bar and enjoying a drink in the sun as technology takes on another role.