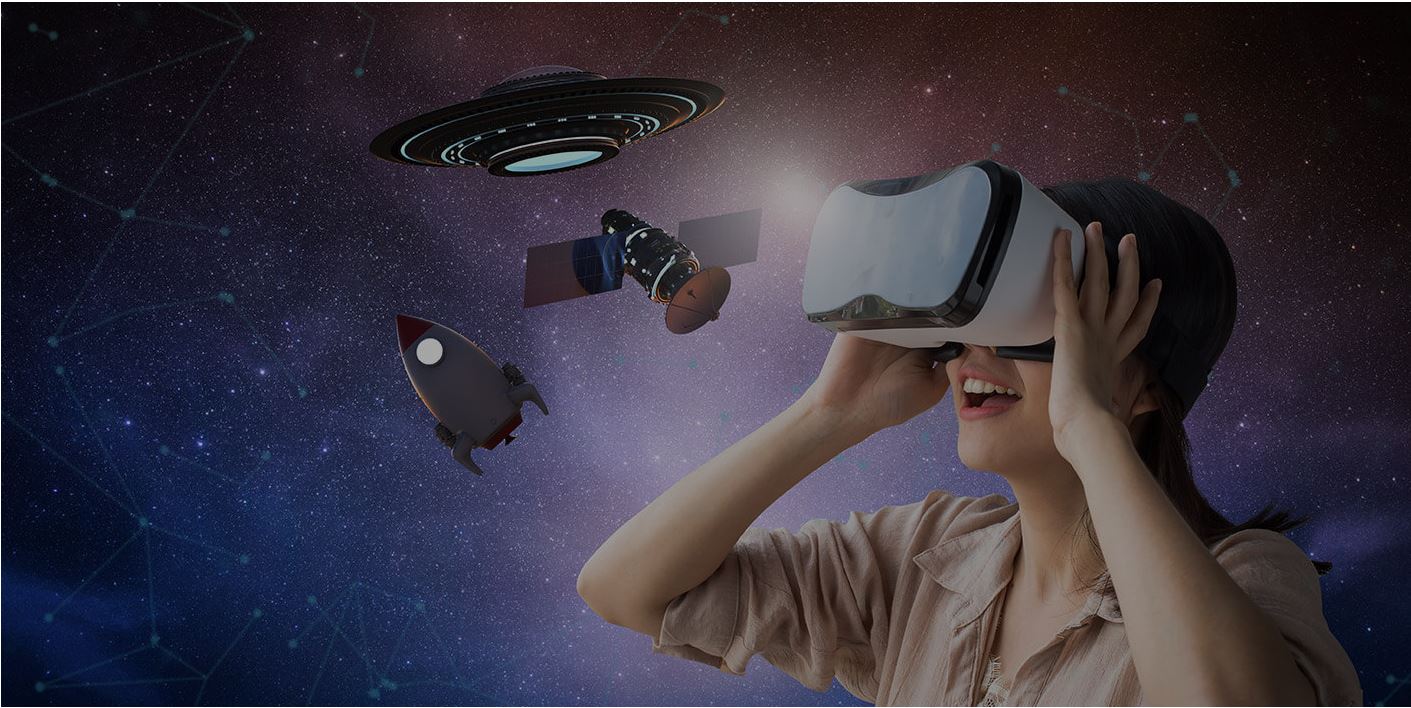 Exploring the World and Space in VR

Virtual Reality is at the forefront of modern entertainment technology. While many of us have been forced to languish under a COVID lockdown, many others have had the opportunity to use their VR headsets to take them out of the dullness of their homes in order to experience the world and beyond in the world of VR. There isn’t a better time to indulge yourself in wanderlust and experience the vast world around you from the comfort of your own home. While travel puritans may furrow their brow and say it’s not the same as seeing things in real life, we think the programs and applications we’ve chosen are the next best thing to being able to travel. It’s recommended for these apps since they often require more hardware requirements; that you own a higher-end headset in order to make your experience as smooth as possible. Without any further ado, here is our list of the best exploration apps and software you can experience in VR.

It should come as no surprise that the company which has mastered nature photography and popularized visual anthropology also has one of the best apps for exploration and learning in VR. Created in a partnership with National Geographic itself, the VR experiences allow you to explore and discover two unique locations on Earth. You can navigate the icebergs of Antarctica and climb ice shelves while surviving a snowstorm; also explore lost colonies of emperor penguins. Alternatively, you can visit the vast jungles of the Inca Citadel in Machu Picchu, Peru. This reconstruction allows you to witness burial rituals, the drinking of the sacred Chica, and an encounter with a group of Alpacas.

This 3D VR series pulls back the curtain on earth’s wildest environments, shot in a dazzling 180 camera setup in 4K quality. It’s narrated by award-winning actress, Anna Friel and allows you to experience such wonders as humans protecting precious elephant wildlife in the African Sahara, the savannas of Kenya, the ancient jungles of Borneo, and a deep exploration into the coral reefs of Raja Ampat. Additionally, you’ll encounter elephants, orangutans, manta rays, and a plethora of other beautiful creatures on this dazzling journey across Earth’s most wonderful and breathtaking locations.

Alcove is an app that isn’t afraid to take you everywhere. Whether you’re experiencing city tours, hot air balloon rides over the French countryside, back-country road trips and mudding, and deep-sea and coral reef exploration; Alcove provides you with one of the most immersive experiences you’ll ever see in VR. Additionally, it’s multiplayer; meaning you can experience with friends and family as opposed to just by yourself. There’s also plenty of fun mini-games, a photo-sharing function, and other great features to keep you exploring for hours.

For the history nerds reading, we haven’t forgotten you. Rome Reborn is a series of five software that allows users to explore different areas of cultural importance in the city of Ancient Rome. For this entry, the Pantheon; one of the best-kept buildings of Roman antiquity; is featured in its full opulence, allowing you to explore the inside and outside of one of history’s most iconic and important buildings.

One sector of industry where VR is becoming widely popular is in the tourism and museum industry. VR is a powerful tool when used by tour guides, and they can help provide a glimpse into what these dazzling buildings were really like in real life better than most historical artifacts or accounts can. Seeing is believing, and that’s why Olympia VR is so great. It allows you to explore the entire Olympic stadium, as well as the Temples of Zeus and Hera and many other important monuments to mythological antiquity. Moreover, it’s littered with interactive objects and artifacts which help you hear stories and gain a historical perspective on the importance of Olympia. And you get to see all of that without being fed to lions or enslaved. Win-win!

One of Argentina’s most famous mountain landmarks is Monte Fitzroy. It’s used as the logo of the popular outdoor retailer, Patagonia; and it’s a mountain stretch that evokes a feeling of wonder and a sense of adventure in those who see it. One unseen wonder of the Patagonia mountains is the glacial lake known as Laguna Sucia. Typically, it remains unseen as it is on a harder-to-access trail of the mountain which is not recommended for beginner travelers. The Patagonia VR experience uses Provision, which is a 3D technology that allows you the full 360-degree exploration of the mountain range, all while receiving an enlightening education on the diverse geology, culture, and history of Argentina and Monte Fitzroy.

« Shopping in Virtual Reality: Taking Stores to the Virtual World
Sports Training in the world of VR »