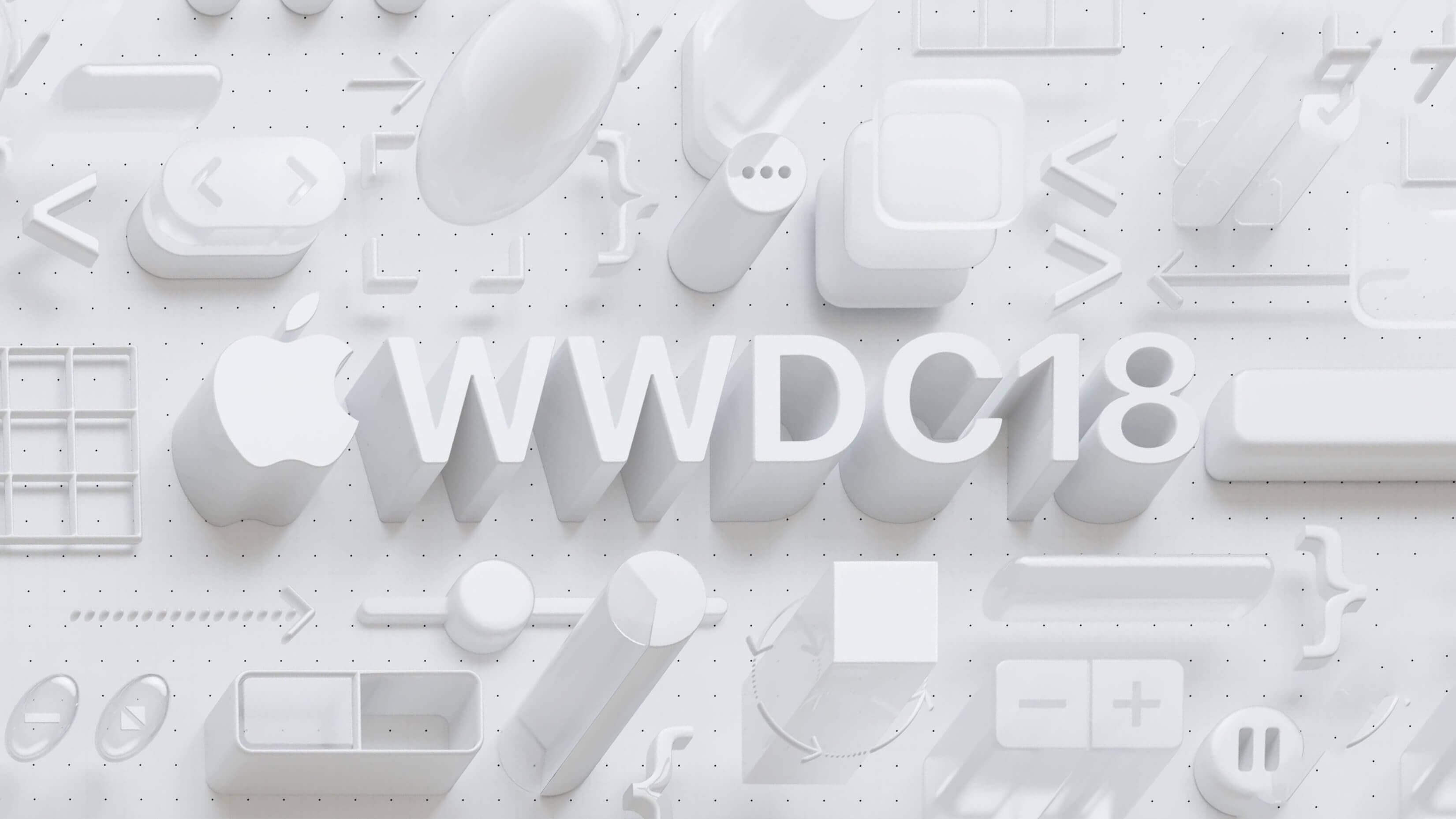 One of the most remarkable days in the calendar of Apple Inc. is its Worldwide Developer Conference Day, popularly known as WWDC. Each year usually in summer, Apple comes with this event for worldwide Apple developers, but it’s also when Apple makes some of its biggest product announcements regarding the software, version upgrades, features, and updates for iPhone/ iOS app development. This summer it was highly anticipated because of the launch of the beta version of iOS 12.
Every year Apple comes with this event hosting an array of feature events like iOS developer workshops along with training sessions and hands-on labs, get-together, and consultations to take your apps to the next level. During this, guest speakers also give some really good insights to the Apple community and fellow iOS developers who are leveraging the amazing iOS platform for mobile application development. But the most important of all is the Apple Keynote, where Apple makes all its big announcements and introduces their products, OS updates, hardware updates, new technologies, and come with unique features for iPhone, MacBook, Watch or TV for the first time at this event. The keynote regarding iOS updates and features is always streamed live on Apple’s website, you may check it on https://www.apple.com/apple-events/.

This year WWDC event was organized at the San Jose Convention Center in San Jose, California from 4th-8th June 2018 where Apple has announced lots of software related changes for Apple iPhone, Apple Mac Systems, Apple Watch and Apple TV in keynotes so let’s see what are the latest updates till now.

With the latest update in the version of the OS, iOS 12 brings a much better experience for the iPhone and iPad users which is more responsive, more terrific and faster performance for the camera, keyboard display and app launch and the best part about iOS 12 is that the performance of all supported devices since iPhone 5s and iPad Air is improved by these upgradations.

Chat with 32 people at once, using FaceTime now

Audio and video with up to 32 people at once is now supported by FaceTime leveraging iOS 12. Group FaceTime can be started right from a group thread in Messages or you can join an active FaceTime at any time. The amazing part is that one will never lose the track of the conversation as the tile of the person speaking will get larger automatically.

Now iOS 12 will allow you to create an animoji the way you want, just for you, or use some new animojis provided by iOS 12. Memoji is coming to iPhone X to make expressing your mood and personality easier, which can be used in Messages and FaceTime both right from the in-app camera too.

ARKit 2 will offer the iOS 12 iPad/ iPhone application developers a whole new platform to create mind blowing augmented reality experiences, even for multiple people to experience it together.

You may like to Read: Empower Augmented Reality (AR) App Development using Wikitude- a leading SDK for AR Apps

Screen time is yet another cool feature introduced by iOS 12. There are so many iOS applications that help us do so many amazing things that we just lose track of the time we spend using them. This new feature lets iPhone users analyze the time they and their kids spend using iPad/ iPhone apps, visiting websites, and on their devices overall to decide how they make the most of their time and their kid’s time.

A “For You” tab is introduced with iOS 12 version which shows you some great moments from your photo library and suggests sharing them with the people in those photos. The fun part is that if the people on the photos have iOS 12, they’ll also be prompted to share their photos from the event.

If you’re looking for a photo, iOS 12 provides search suggestions having new ways to help you find the exact photo or even rediscover some photo you forgot. They start prompting even before you start typing and gets better as you keep adding the keywords. Isn’t it cool?

Siri can now combine itself to the third party iOS apps and suggest shortcuts right when you need them, and help you manage them right from your lock screen. You can create your own shortcuts from the new Shortcuts app or also, run them with your voice on your iPhones/iPads.

Apple has always believed that privacy is a must and every person is rightfully entitled to his or her own privacy. The built-in encryption, on-device intelligence, and other tools that let you share what you want on your terms have always been the core factors while designing iOS. With iOS 12, Safari too offers privacy, like it now prevents Share buttons and comment widgets on web pages from tracking you without your permission. Now advertisers won’t be able collect your device’s unique characteristics when you’re using Safari, making it almost impossible for then to identify your device or retarget ads to you across the web.

Apple has always been a fan of dramatic looks and California naming theme, leaving the high country now, but still there in California in the desert, Apple is here with yet another update in macOS, Mojave.

It’s inspired by the beauty of the desert in the night. It’s not just limited to the dock or the menu bar, it extends to content of the windows, sidebar, Chrome, everywhere. It just makes the photographs pop off the screen ,even the mails and presentations. Even Xcode will have dark mode to make iOS app development more exciting.

Now, work in a environment which literally shows you how the time is changing through a time-shifting desktop picture that changes with the time of the day.

Stacks clean up a disarranged desktop by organizing your files into related sets automatically. You can arrange your data by group by kind, or group by date or if you tag your files with metadata specific to a project, like client’s name.

Finder turns doer. Now with Finder, by the look of a file alone we can locate the file using the gallery view. We don’t need to open the whole app, a go-to action can directly be performed through Finder using Quick actions in the Preview pane. We can view all of a file’s metadata too.

Now, edit your file without even opening it in the app on a tap of your space bar. Mark up a file, crop an image, any activity that you want to perform can be performed. And when done, you can share the files directly from quick look.

To grab any kind of screenshot, you need just a simple shortcut. You’ll have options to set a start timer, show the cursor and you can also customize the destination you’d like your screenshots to be saved.

Like iOS, macOS will too support audio and video group chat for upto 32 people and the tiles of the people speaking in the conversation at that time will automatically expand so that it’s easy to keep the track.

Favicons in Safari, a glance and you can identify all your open websites.
Emoticons in Mail
Siri gets better, it now controls Homekit enabled devices.
Fluency at its best. UK English, Australian English, Canadian French, and Traditional Chinese for Hong Kong language options added to macOS Mojave; improved maps for China; and romanized keyboard input for Japanese.

Anybody with a compatible Apple watch is just a tap away from you. You just need to pair your devices through a request once, and you’re sorted forever. Tap and talk.

Apart from sharing your activities to your friend, you now can challenge your friend to a seven day competition wherein both of you will earn points upon completing each activity ring, and you’ll be notified who’s ahead in the game by how much score.

Apple watch will sense your movements and alert you to start the Workout app and also remind you to close the app when you’re cooling down.It will show you the calories you’ve burnt while working out or hiking or any other activity through the most accurate metrics. Now you can keep a track of your own steps, the pace you’re at, if you’re running ahead or behind by setting a pace for yourself.
Workouts turn even more entertaining with Apple podcasts on watchOS 5. Know all you want to about the world through news, stories and keep a track of some very famous personalities.

Machine Learning being the base of Siri, makes it better as it start getting to know you. Siri thus now will give suggestions what to do next on your watch, based upon your routine.

Respond to your favorite iOS apps right within the notifications now and get stacked notifications on your Watch; same app, single stack. This makes you glance quickly through every thing and it’s easier to scroll too. View web content easily by just tapping on the web link and watching it in this smaller screen. Schedule Do Not Disturb 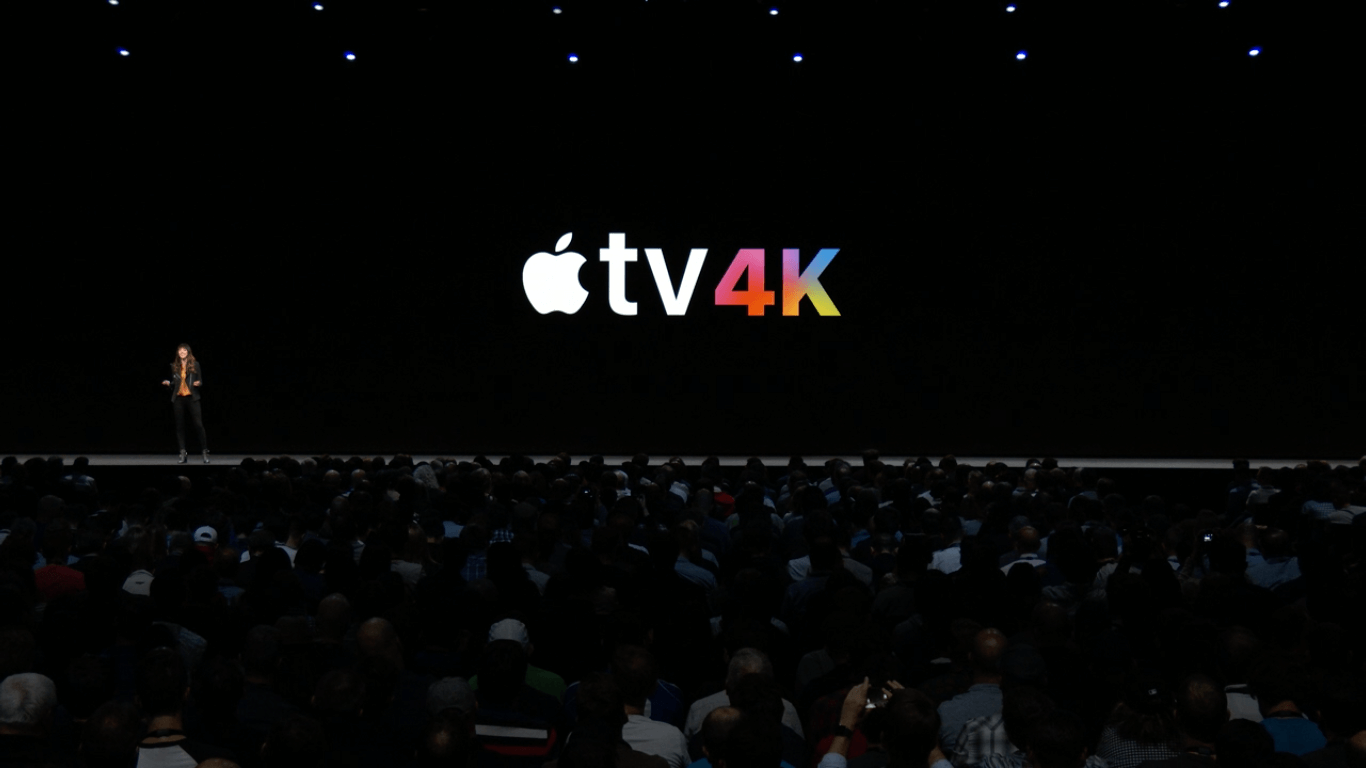 Pixels used are now four times greater than those in standard HD, to get a crisper picture. HIgh Dynamic Range serves us with greater detail, realistic and brighter colors.

Now collaborated with the best sound delivering system ever made, Apple TV 4K is the first streaming player od Dolby vision and Dolby audio both, giving you the best cinematic experience.

Apple TV teams with some of the world’s greatest broadcasters to deliver the live content you will to watch the most. Sports, News, entertainment all sorted for you.

Get as lazy as you want, just ask Siri and you’ll get what you want to watch.

Be it high- speed racing games or some simple hussle free family games, it’s all there for you.

All your photos, videos which are sorted into collections for you by Memories can be viewed in 4K now on your Apple TV. You can share the live photos, bounces or loops too on your Apple TV. Get over 45 million songs and music videos available on Apple Music – all on Your Apple TV.

iPhone is your Remote

Connect your iPhone or iPad to your Apple TV and see the apple TV app automatically being installed in Control center in your iOS device. Automatically Sign-in securely using the saved passwords in your iOS device. Share photos, presentations, websites and much more easily through AirPlay. Control your smart home through Apple TV, as it lets your iOS device to control Homekit enabled accessories remotely within the Home app.

WWDC 2018 was all about the little software updates and releases that makes huge difference when added together. There wasn’t a big hardware release this year but Apple never fails to amuse us, be it iOS’s AR object sharing, Mojave’s dark mode and management or Walkie Talkie of WatchOs. Apple focused on Machine Learning, Augmented Reality and Artificial Intelligence deeply linking the present hardware into a much better software, along with providing various frameworks for the watchOS developers to develop such amazing applications and raise the standards of iOS application development. The macOS and WatchOS now have so much more to it with better Siri, app introductions, notification management and the list goes on and on. The collaborations like never before were seen with Apple TV 4K and Dolby Atmos coming together. All in all, WWDC 2018 was a great start and this fall Apple users and developers will see a lot of changes in all its operating systems like iOS, WatchOS, macOS and TV OS.

How Let’s Nurture can help to develop iOS applications with latest OS version?