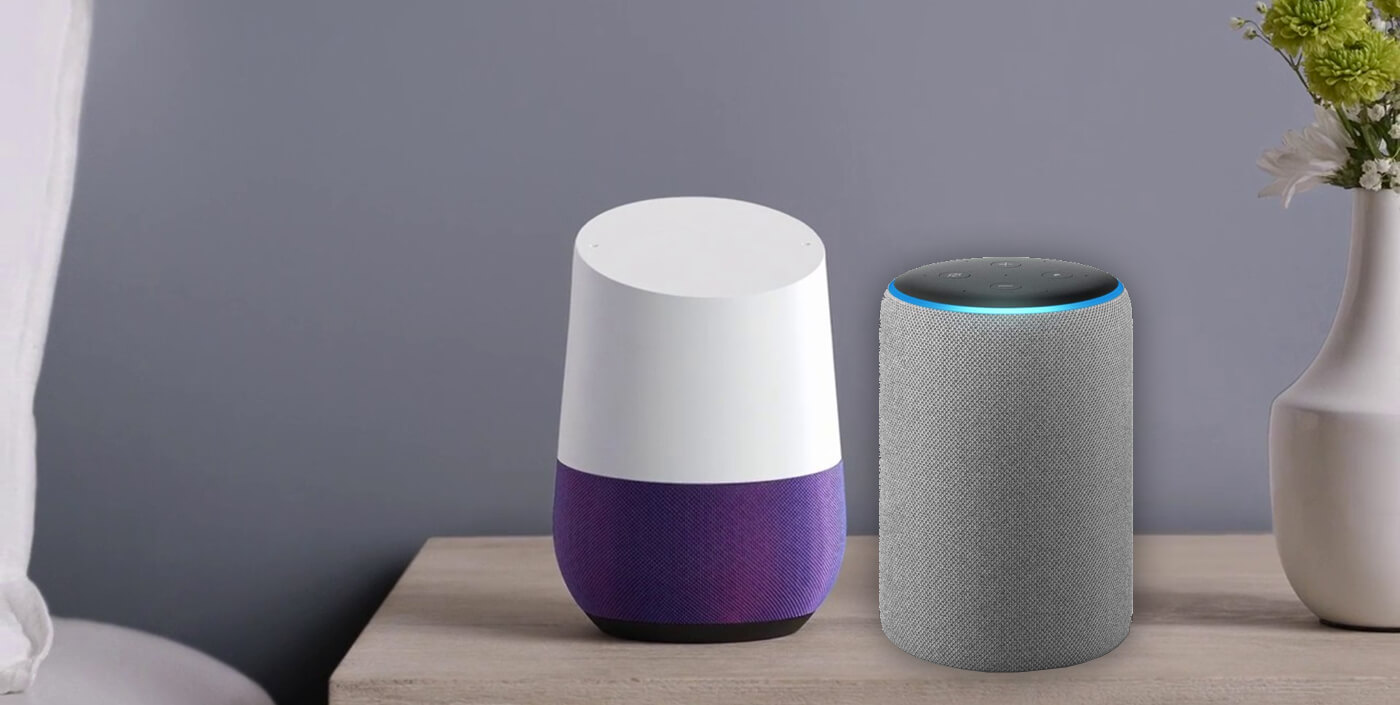 The Growing Dominance of Voice Assistants Continues to Astound

Despite the fact that voice technology has been accessible and usable for several years now within our smartphone devices, consumers never really caught on to how useful these digital assistants could be until Amazon introduced Alexa through their Echo lineup. As a direct result of the introduction of smart speakers to the consumer market, millions of voice assistants have been sold either through smart speaker technology, through smartphones, or through voice assistant enabled devices such as ambient lighting systems, voice command streaming services, and voice-controlled thermostats.

To put this simply, the voice interface in the form of digital voice assistant application has been one of the fastest hyper-adopted technologies we have ever seen, according to Forbes, and the numbers back this up. With over twenty-thirty million voice assistants purchased in 2017 and fifty-six million smart speaker sales in 2018, there is no doubt that 2019 will be any different.

What Is The Estimated Adoption of Digital Voice Assistants for 2019?

According to Deloitte Global, the smart speaker industry and use of digital assistants will be worth close to seven billion US dollars and will have approximately 164 million units sold this year. This prediction would place 2019 at more than 250 million units installed in the United States, coming in at a 63 percent growth rate over 2018. Looking ahead, Juniper Research, a UK-based research, forecasting, and consultancy firm, has estimated that there will be at least eight billion digital voice assistants in use by 2023 bringing the total up from the 2.5 billion that are installed worldwide.

For You All Readers : Download Full Whitepaper on Voice Assisted Technologies

What Markets Will Voice Assistants Be Expanding To and Why?

Even though smart speaker sales have been largely confined to English-speaking markets, with about 95% of the sales being in the United States and the United Kingdom alone, digital voice assistants are primed to enter other non-English markets this year. According to Deloitte Global, sales should take off in countries that speak Japanese, Spanish, French, Italian, and Chinese (Cantonese & Mandarin), as smart speakers are starting to penetrate urban consumer markets in Germany, Urban China, Australia, and the United Kingdom alongside continuous sales in Canada and the United States. This is mainly because smart speaker technology is finally becoming more sophisticated with regards to speech recognition and build quality and the market is seeing more demands for their use in commercial enterprises like hotel chains and fast-food restaurants.

Voice first technology is making waves through almost all industry domains. Let us have a quick look at the factors which are driving voice assistants right into the market of endless possibilities.

1. A larger and wider language support for foreign markets.

Digital voice assistants have come a long way in speech recognition accuracy and as such, we are seeing machine learning narrow down the accent gap, no longer getting befuddled when presented with a strong national accent and Google’s word error rate for English speech recognition is down almost 50% since 2016.

As of the end of January 2019, Google has launched its voice assistant on billions of devices, due to its integration with Android. This means that in foreign markets, any Android that has access to Google will also have access to Google’s assistant. Being a leading Actions on Google (AoG) development company, we can say that this technology will provide more exposure to digital voice assistants, increasing the potential for further adoption in 2019.

New microphone technology enables digital assistants to have fewer microphones built-in without a reduction to accuracy and enables them to take up almost no power until woken up with the trigger word. Due to this, smart speaker technology is becoming cheaper to build and requires less complexity in design, resulting in easier to use prototypes.

On the commercial front, we see hotel chains adopting smart speakers in mass, allowing them to serve as an in-room hotel concierge. To put this in perspective, the Wynn Las Vegas has over 4,000 units installed and Marriott International Group has deployed over 100,000 units in China. It is expected that this will continue to trend upward in 2019.

Where Should We Expect to See Digital Voice Assistants Next?

According to Juniper Research, the firm expects that the fastest growing voice-enabled sector over the next few years will actually be Smart Televisions. Although smart televisions are not a primarily new piece of technology, they are one that has been readily adopted by the consumer market with the majority of the population having at least one of these in their homes. Juniper Research believes that smart televisions with voice assistant technology will grow by approximately 121.3% while smart speakers themselves, will continue its upward trajectory. Beyond this, the firm also believes that wearable app development domain will also experience a significant amount of growth as voice assistant technology becomes integrated into them and voice commerce or the transfer of money and purchases of digital goods will account for several billions worth of market share.

Will Amazon Alexa Retain Its Leadership Position in 2019?

It is likely that Amazon’s Alexa will continue to be the market leader on smart speakers in the coming year, however, within the next five years that may not be so. Chinese companies are starting to roll out their own smart devices with voice recognition software and since smart speaker technology has only penetrated urban China, it is likely that the market will see Chinese brands getting adopted once they hit market shelves.

Will Digital Voice Assistants Have Any Negative Impact on the Current Mobile Market?

The report out of Juniper Research does note that the continued rise of digital assistants will have a negative impact on the global mobile application market. This is simply because consumers are likely to make a demand for multi-platform assistants and thus, standalone applications for smartphones may decrease as such. This will occur because the simpler interactions we rely on mobile applications for, will be outsourced to voice assistants in the future.

It is likely that 2019 will be an excellent year for digital voice assistants, as the demand for these has yet to wane. Although this is primarily because the devices that utilize voice assistants, namely smart speakers, has seen incredible promotional pricing, it is also because these voice assistants provide efficient and innovative utility for everyday tasks for business. There is a large talent pool now available to develop Amazon Alexa skills or Google Assistant apps.

Want to leverage or know more about Voice skills and feasibility to your business? Contact our Expert Voice Team.