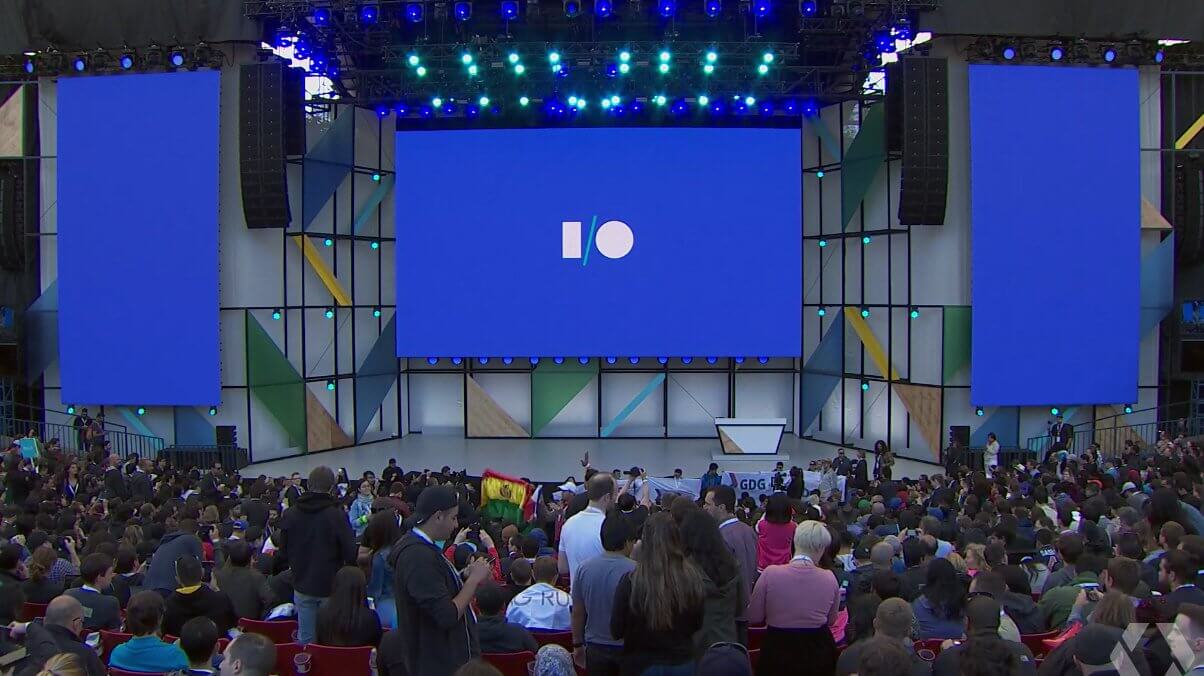 Let’s talk about the day when 7000 mobile app developers gathered at Shoreline Amphitheatre in an event known as Google I/O conference 2k18. As for google possibilities are endless, everyone had gone awestruck when Sundar Pichai released the new developments of his team. We are going to list some of the new features of 2018 that were released by Google and these recent smart solutions is going to make our life more comfortable and interesting. It has also led the new, ambitious Android update on the way for android app development.

Google’s all new advancements covers machine learning and AI technology. Below are the big topics to discuss on:

Let’s go each in brief.

What is Google Duplex ?

Have you ever seen an artificial intelligence making call? This year Google has introduced a mesmerising feature of Google Assistant, in coming future it will make calls on behalf of you.

This is technology is known as Google Duplex.

Once this feature gets live many works can be done effortlessly. Below image can give you clarity on this new development.

Google duplex can communicate without involvement of humans. The innovations have reached the next level. The Google Duplex sounds like a real human being, it is using words like “uhh hmm hmm” just like a human does in a conversation when he thinks in between the conversation.

The highlighting updates regarding Android P are as follows :

Based upon the user’s current activity, Android P developers will now able to predict the next action of this user.

The feature named “App Slices” will now allow users to put the developers place parts of the application into different sections of OS.

Android P is planning to make multitasking less demanding with new navigation interface and horizontal bar to switch between apps of decision.

Such sublime features of version 9.0 would empower custom android application development for improvement of organization to manufacture inventive mobile apps.

According to the current declaration at Google I/O 2018, Google News feature is getting enhanced. All the important news will be easily accessible to the users with the new flipboard.

All the news and data is bifurcated into areas of briefings and broadcasts. Smart Compose will enable you to make and complete sentences in messages on account of machine learning

Google has demonstrated a forthcoming new Augmented reality feature it could add to Google Maps in future. With this new feature, user can request assistant to share their estimated time of arrival while user is driving, and even do things like send messages, play music – all these from a single Map with android app development.

Smart Compose is Google’s most recent expansion to its prominent mailing customer.

Smart Compose has been intended to enable clients to draft and send off messages quicker than previously.

To begin with the new Gmail Smart Compose include, users should visit Settings > try the new Gmail. Once that is done, they should go to Settings > General and enable Experimental access.

Google Photographs will furnish an alternate way to share photographs with a companion when you are seeing numerous photographs that have a similar individual in them.

The future that we dreamed of having self-driving cars are now a reality. The major risk behind the self driven car is the pedestrian accidents that happens. Pedestrian security is something Waymo claims they’ve expanded by 100x, showing their autos’ capacity to distinguish people on foot in explode dinosaur outfits.

Google uncovered during IO that Waymo vehicles have drive 6 million miles on open streets in addition to the a huge number of miles driven in virtual situations. Self driving cars will be fun, eagerly waiting for it to get launched.

Google has wrapped up all the important announcements in the I/O conference in 90 minutes. The key highlights of Android P beta for public release, AI extension to many services, the new version of Google map that is beyond directions, and enriched Google assistant has already stolen the show. And we, at Let’s Nurture has already developed some exciting POC for voice enabled devices for happy quote, movie fact, Amazon news and many more. Though, these new announcements will definitely help us to leverage all the features.

The opening keynote announcements has cleared the cloud that Google is working to make the user experience better year after another. And if you are looking to enjoy the new offerings and services for android P development and voice enabled devices in Australia, then get a free quote.

« Tech Trends for Hatchery Business
Let’s Nurture named as Top Development company in Canada, Australia and UK in 2018 by Clutch »