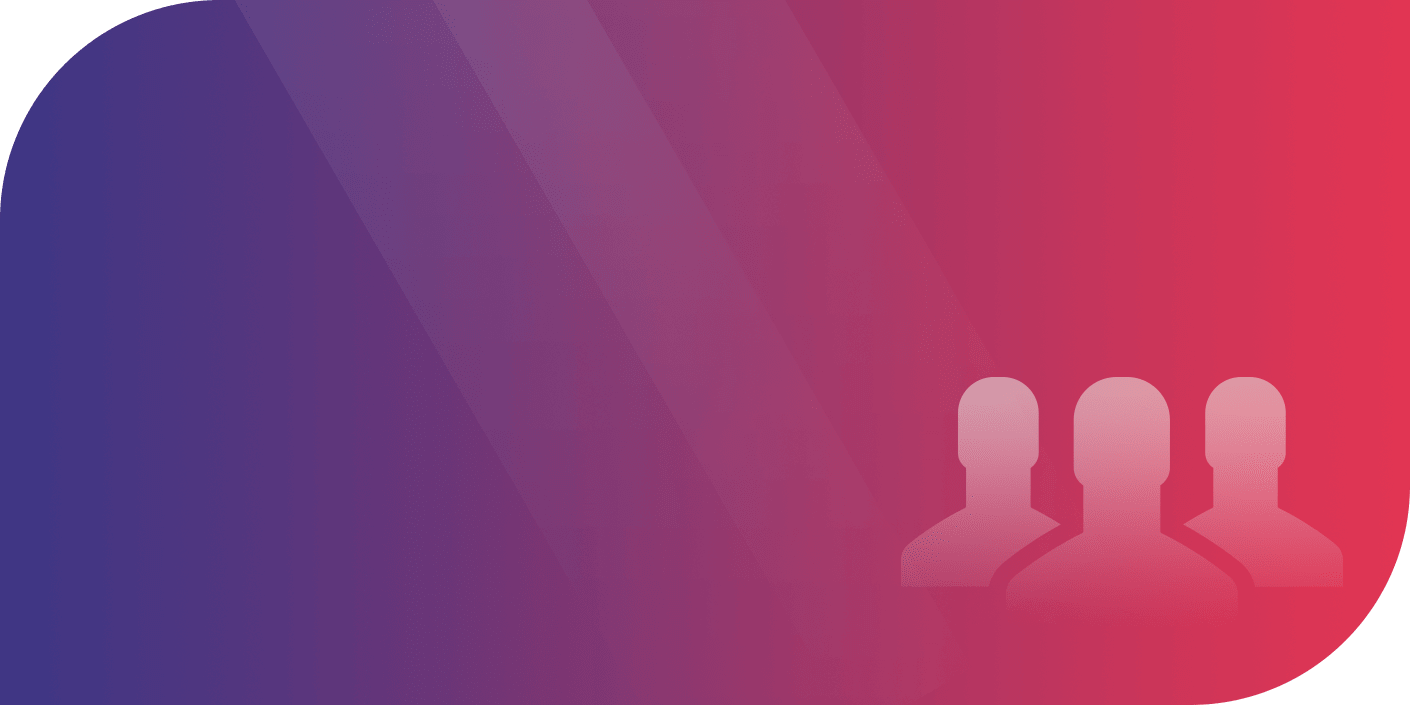 Angular 4 is the next big thing this year

Last month, Google surprised us with the plans to skip the 3rd version of its JavaScript framework and instead developing the release of Angular 4 for 2017. Now it is detailed that there is no Angular 3 out there. The Angular Team Lead at Google, Igor Minar, presented the release schedule adopted for the upcoming versions of Angular at the recent NG-BE 2016 Angular conference in Belgium.
The version 4 of Angular is a change of core libraries that demands a change of SEMVER (Semantic Versioning) change. It is about adding a meaning to the version numbers. There are deprecation phrases in the Angular 4 that allows developers to adjust their code.
Semantic Version consists of three numbers:

The Core Angular libraries in Github are versioned in a similar way but they are distributed as different NPM packages. And because of this reason, the team decided to carry on with Angular 4, skipping Angular 3.

Why Angular 4 is going to be big?

The main goal of Google is to make sure about the compatibility of Angular 4 with Angular 2 and to improve the compiler error messages. It was noted before about reducing the code generation.
The team of Angular committed for some timely based releases occurring in three different phases:

And the next three months will be to finalize the major release of Angular 4. 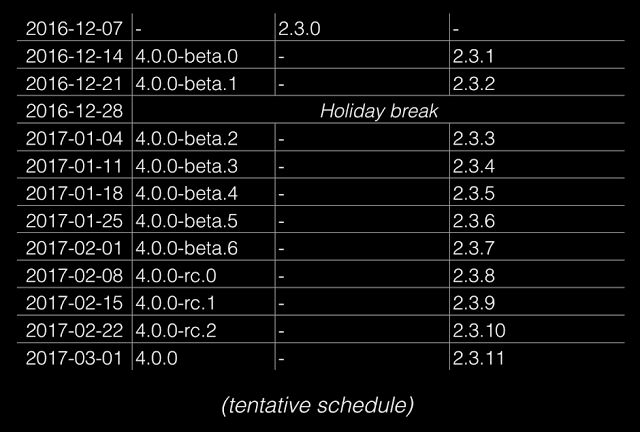 Each version is allowed to mark APIs from the previous major version as deprecated, but not to break them. The team of Angular has confirmed that Angular 4 will be backward compatible from Angular 2. Till date, the remarkable change in the version is noted, without deprecations and API change/breakage.
Still, there are many updates upcoming in the future for the JavaScript platform. 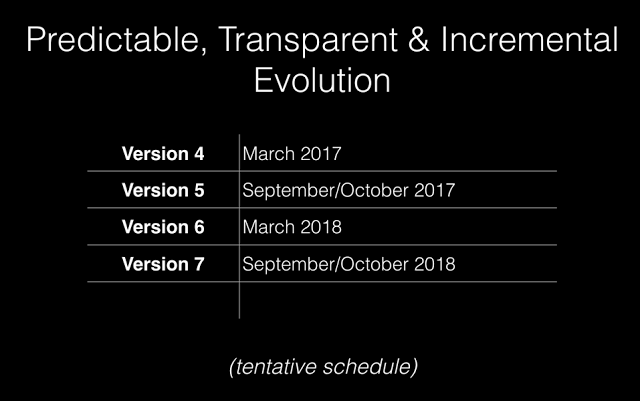 The further releases do not contain the drastic changes made in the Angular 4, as stated by the source. Being a part of the ecosystem, Angular needs to be updated, to make it prosper of certain fractures.

How Angular 4 will change the web app development era?

Few of the changes in the previous JavaScript has managed to diplomatically change the web app development process.
Backward Compatibility: This actually means that the Angular 2 things can be compatible and be able to run with the help of Angular 4. Moreover, there will be a removal of tackling two different JavaScript frameworks due to compatibility issues.
TypeScript:  There is replacement of TypeScript 1.8 with the advanced TypeScript 2.1. Since, TypeScript 1.8 is not something that Google likes to consider, as it has actually specified.
In-Built Compiler: Angular 4 comes with the inbuilt compiler to report the template errors right in the IDE. Google emphasizes improvements in tooling as well as reduced code generation.
Reduction of Code: Because of advancement in the compilation process and the enhancement in the performance of framework, Angular 4 release will generate 25% less code.
Meanwhile, there are no information about any features that are about to be excluded, if there are any – the team of Angular gives the commitment for support with 2 major release cycles.
Read More: www.letsnurture.com/blog/making-web-applications-angularjs.html

This states that the future of Angular is promising and if the platform has something for all, then it is worth for the bigger things. It will be great to experience to look forward how Angular 4 will impact in the ecosystem and how the updates are followed. Since there are plans for the future releases all the way to 2018, it is worth to believe that Angular is not the last thing in the JavaScript framework.
LetsNurture is a leading IT service provider with a vast experience in nurturing the technological requirements of the clients. We have a skilled team of developers to present the best possible solution for your web app. If you are looking for a reliable partner to cater your IT requirements, feel free to visit our portfolio. You can request a free quote from us. 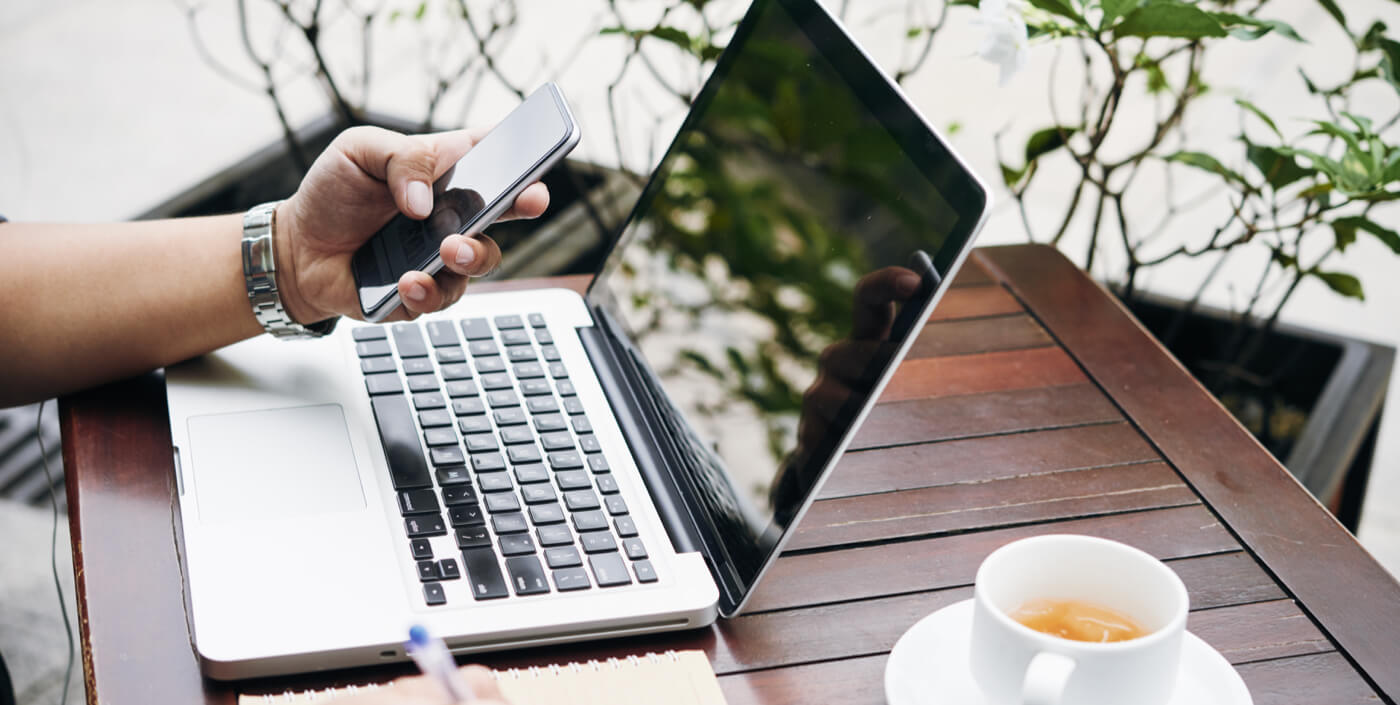 Why your Business needs a mobile app in this new era

Mobile application development is a specially developed software app for the usage on small, wireless portable devices such as smartphones, smartwatches, and tablets. It developed for various OS such as …

END_OF_DOCUMENT_TOKEN_TO_BE_REPLACED

The Internet of Things (IoT) has become an increasingly used buzzword across media platforms, as the growing topic of conversation around it has brought forth major implications to all industrial …

END_OF_DOCUMENT_TOKEN_TO_BE_REPLACED 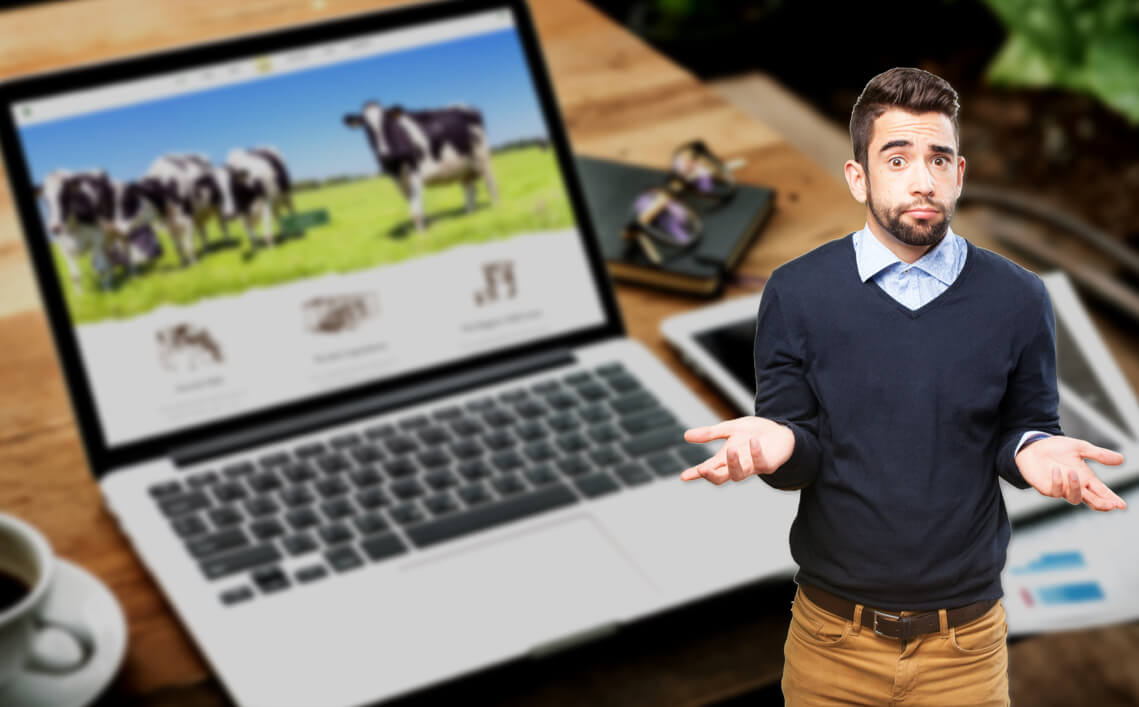 Modern Websites for Ranchers: Is It a Must?

END_OF_DOCUMENT_TOKEN_TO_BE_REPLACED

Which Web Animation Tools Should You Use With Web App Development?

If you have ever come across a website that utilizes animated banners, has canvas animations on complicated drawings, or has beautifully rendered 3D animations on graphic icons, you can understand …

END_OF_DOCUMENT_TOKEN_TO_BE_REPLACED

Project Overview The company is Politics. The client was the lead developer and the owner. It’s a young software development firm. The application allows anybody to become a lobbyist and …

END_OF_DOCUMENT_TOKEN_TO_BE_REPLACED

Completely Automated Public Turing test to tell Computers and Humans Apart. (Blinks several times.) Famously known CAPTCHA is a type of challenge test used in computing to identify whether the …

END_OF_DOCUMENT_TOKEN_TO_BE_REPLACED

7 Reasons to Believe for Laravel’s Prominence in 2017

In the span of two years, developers have used number of frameworks for different languages. This includes, Yii2, Symphony, Ruby on Rails etc. But there is one particular framework which …

END_OF_DOCUMENT_TOKEN_TO_BE_REPLACED 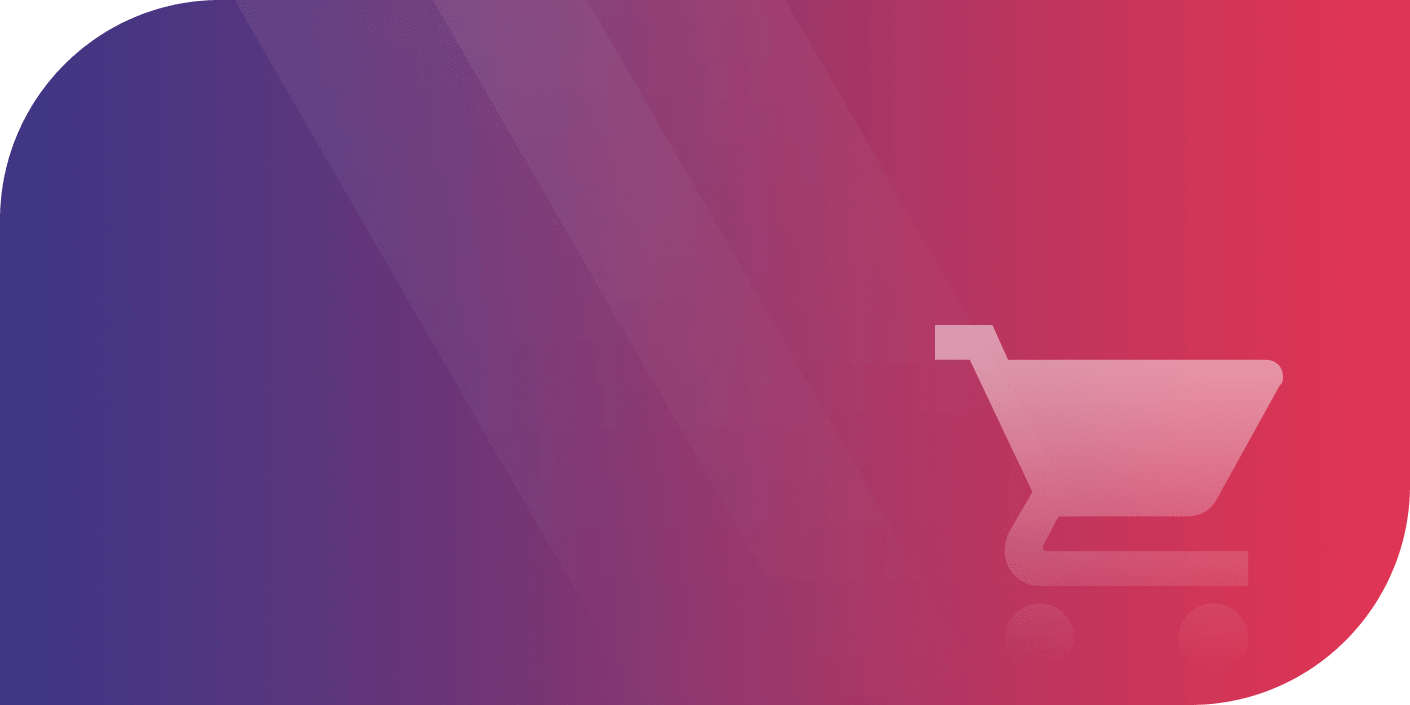 4 factors that lead to developing a successful eCommerce website

“The online shopping market is estimated to reach above $2 Trillion in 2017” – Statista. I am an avid online shopper. This data pretty much seems apt to me by …

END_OF_DOCUMENT_TOKEN_TO_BE_REPLACED 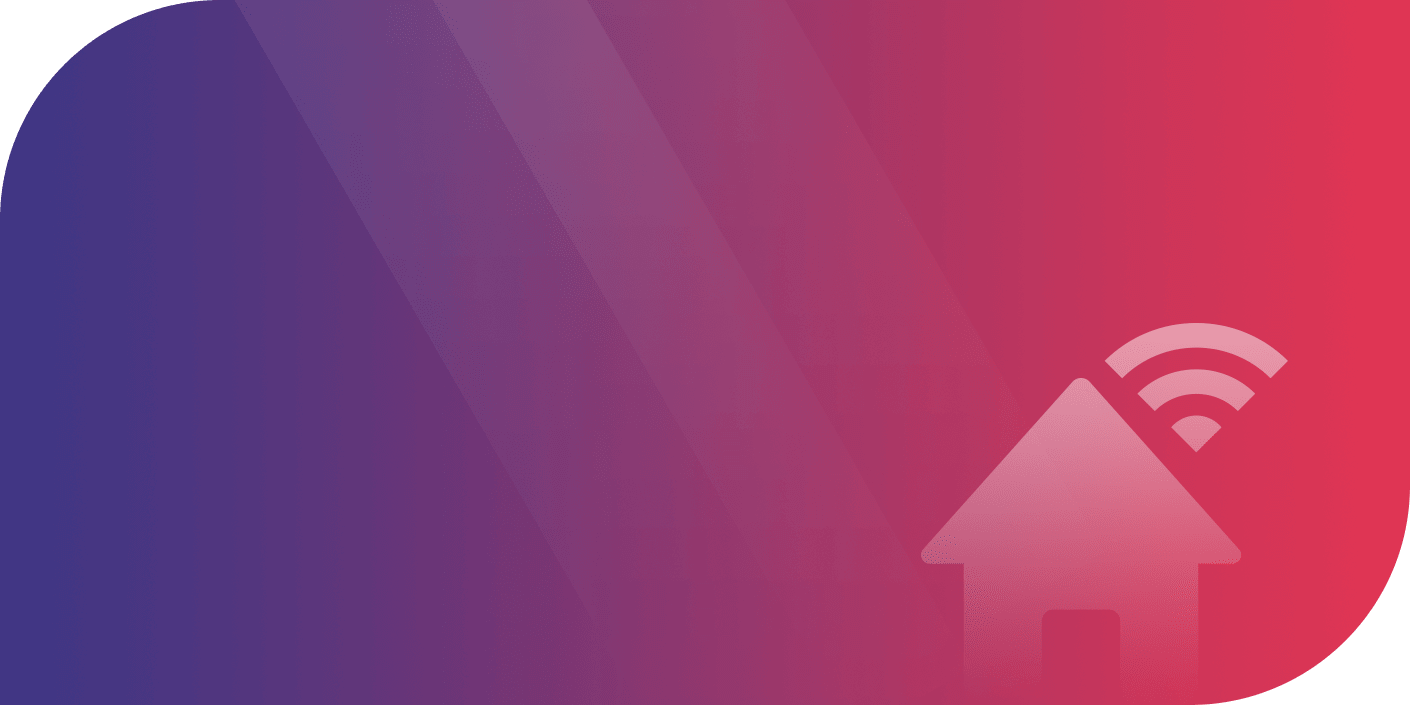 LetsNurture wishes you all a very happy new year. We hope you already have planned your new year resolutions. At LetsNurture, our employees surely have taken some innovative resolutions. We, …